skip to main | skip to sidebar

The other day, for whatever reason, I started telling Susan what I remembered about an incident that occur in 1969.  The scene is shortly after my grandfather Frank  S Hatch's funeral 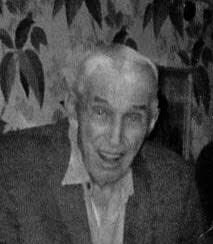 (which I did not attend).  This is what I recall my father relating:  My father noticed that the hole into which grandpa's casket was to be placed - was not quite "square" with the world.  The casket went into the hole anyway. The idea that grandpa's burial site was not "squared up" kept bothering my Dad.  Finally, in a dream grandpa appeared to Dad and told him that it was "alright, don't worry about it".  That was the end of Dad's concern.  By the way:  there is no period after the "S" in grandpa's name.  I distinctly remember a conversation one evening in grandpa Hatch's living room where the question arouse as to why there was no period after the initial "S".  Grandpa stated that there just was no period in his name.  Fun fact.

By way of recording a long held oral history - one that I've never seen in print but heard repeated verbally: One of my English grandmother fore bearers - probably in the 1840s-1850s worked in an English spinning mill.  Of course this was in prime and proper Victorian days where the women wore long dresses and were modest in every way.  She had a dream one night in which she was to quickly raise her skirts, something which of course she would never do in public.  As it turned out in the course of her work the next day at the spinning mill her dress started to get caught in the machinery.  She immediately remembered the warning of her dream and quickly raised her skirt up high - avoiding injury or worse.  Pay attention to your dreams.  I'm sure she was glad she did.
Posted by Robert at 5:40 AM